A HERITAGE OF STRENGTH 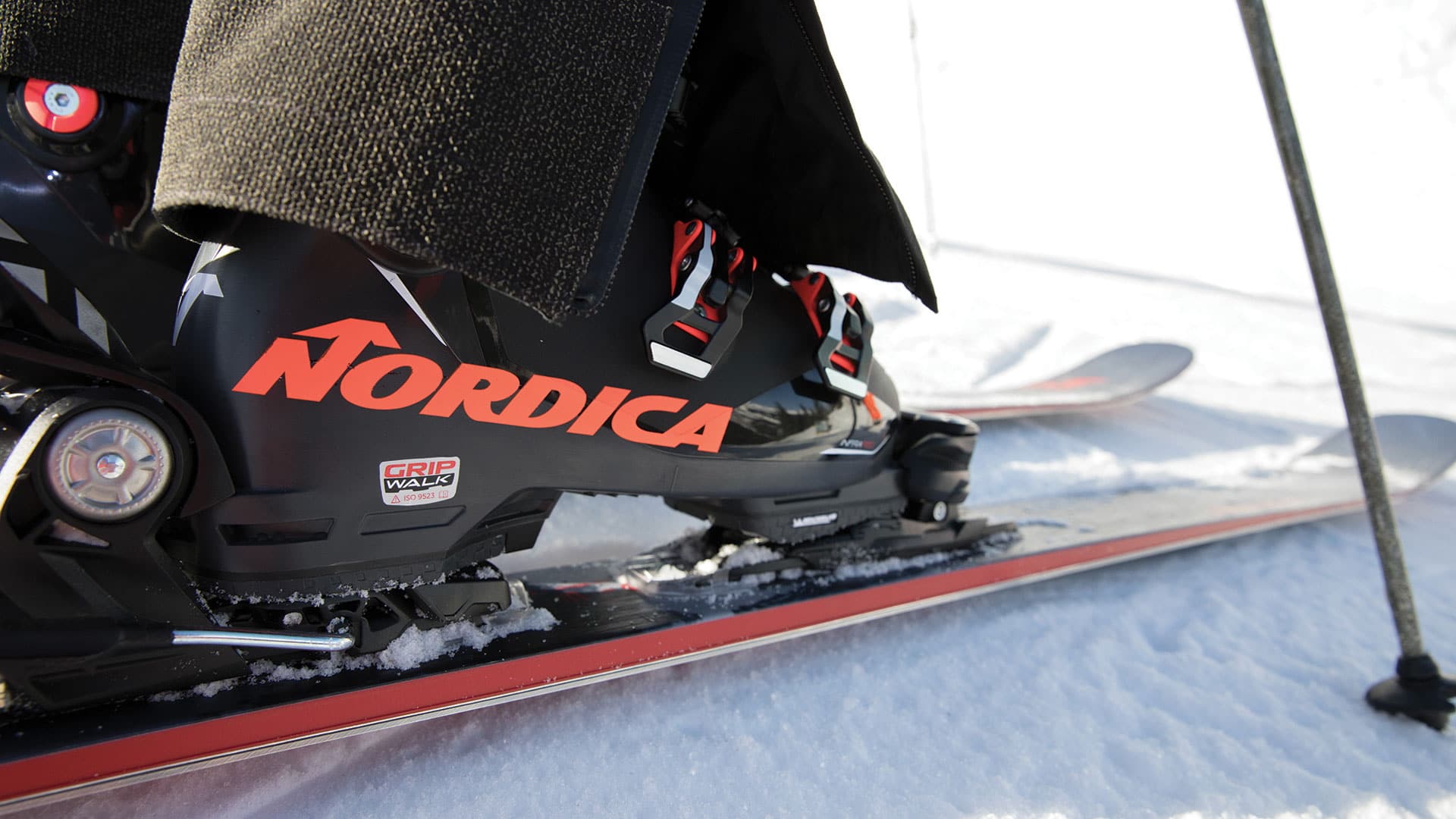 When you think of ski boots, you think of Nordica. At least that’s what Luka Grilc, the company’s global brand manager, conveys to me over an international telephone call. He’s in his car, making the commute from Nordica’s global headquarters in Giavera Del Montello, Italy, to his home in Slovenia—a three-hour drive.

He explains, nonchalantly, that he works four days in Italy and spends Friday through Sunday at home with his family, but still, I can’t help but focus on how that reflects his serious dedication to his job. What I’ll soon discover is that this dedication and passion for the art of ski bootmaking radiates throughout the entire company.

And it’s derived from almost 80 years of striving to be the very best. In that vein, the three-year rollout of the brand’s Machine family of ski boots, highlighted now by the release of the Promachine for 2018-19, is a culmination of that quest to be number one, achieved by Nordica playing to its strengths, listening to consumers and innovating, but not over-thinking, its designs.

The Vaccari brothers, Adriano and Oddone, founded Nordica as a premium footwear compa- ny in Montelluna, Italy, in 1939, after many years spent as hide traders. With the increased popularity, and thus, business opportunity, in skiing following World War II, Nordica began manufacturing ski boots made of hand-stitched leather. The brand’s first big product innovation came in 1960, when it applied the Swiss-invented buckle fastening system—yes, the same buckles you use to cinch your boots tight, today—to ski boot design. Three years later, Nordica pioneered the production of plastic ski boots, allowing the bootmaker to manipulate different stiffnesses of the material within a mold to ensure the boot’s flex catered to its performance goals.

“A major technical breakthrough for ski boots and skiing in general was the development of the plastic shelled boot,” explains Ethan Korpi, product manager for Nordica USA. “Nordica was a pioneer of this innovation.”

Throughout the next three decades Nordica would continue to embrace its role as an innovator in the then primitive era of ski boot development. In 1972, with the help of respected bootfitter Sven Coomer, Nordica released the Astral Slalom and sold 400,000 pairs. It featured a leather inner boot—the first use of a liner in a ski boot—with a high shell wrapped around it and five ratcheting buckles to cinch it all together. It was dubbed “The Banana,” for the shell’s bright yellow color. But Coomer wasn’t done improving. Seeking a lighter boot with a more responsive flex, he engineered internal and external ribbing that solved the tendency of ski boots to bend and warp when flexed. The Grand Prix boot offered unprecedented heel retention, response and lateral stiffness, and would be the ski boot of choice for multiple World Cup ski racing champions over the next two decades. This type of boot—stiff, responsive and high performing—would prove to be Nordica’s bread and butter moving forward, which is still true to this day.

Come 1999, the Grand Prix transitioned to the groundbreaking Dobermann, which Grilc calls “the benchmark of performance in racing and traditional ski boot constructions.” The Dobermann utilized thicker shell walls than most ski boots at the time, which allowed for a smoother flex in the boot without a sacrifice in performance. It also was the first boot to use offset cuff rivets, which mimicked the geometry of the human ankle bone, providing much more precise and direct power transmission to the edge of the ski.

Names like Kjetil André Aamodt, Bode Miller, Giuliano Razzoli and André Myhrer would all take home Olympic medals in the Dobermanns, which became the most demanded four-buckle, overlap, high-performance boot in skiing. Yet, while built for the race circuit, the boot was held in the highest regard by expert recreational skiers seeking similar performance to that of their favorite pro athletes. 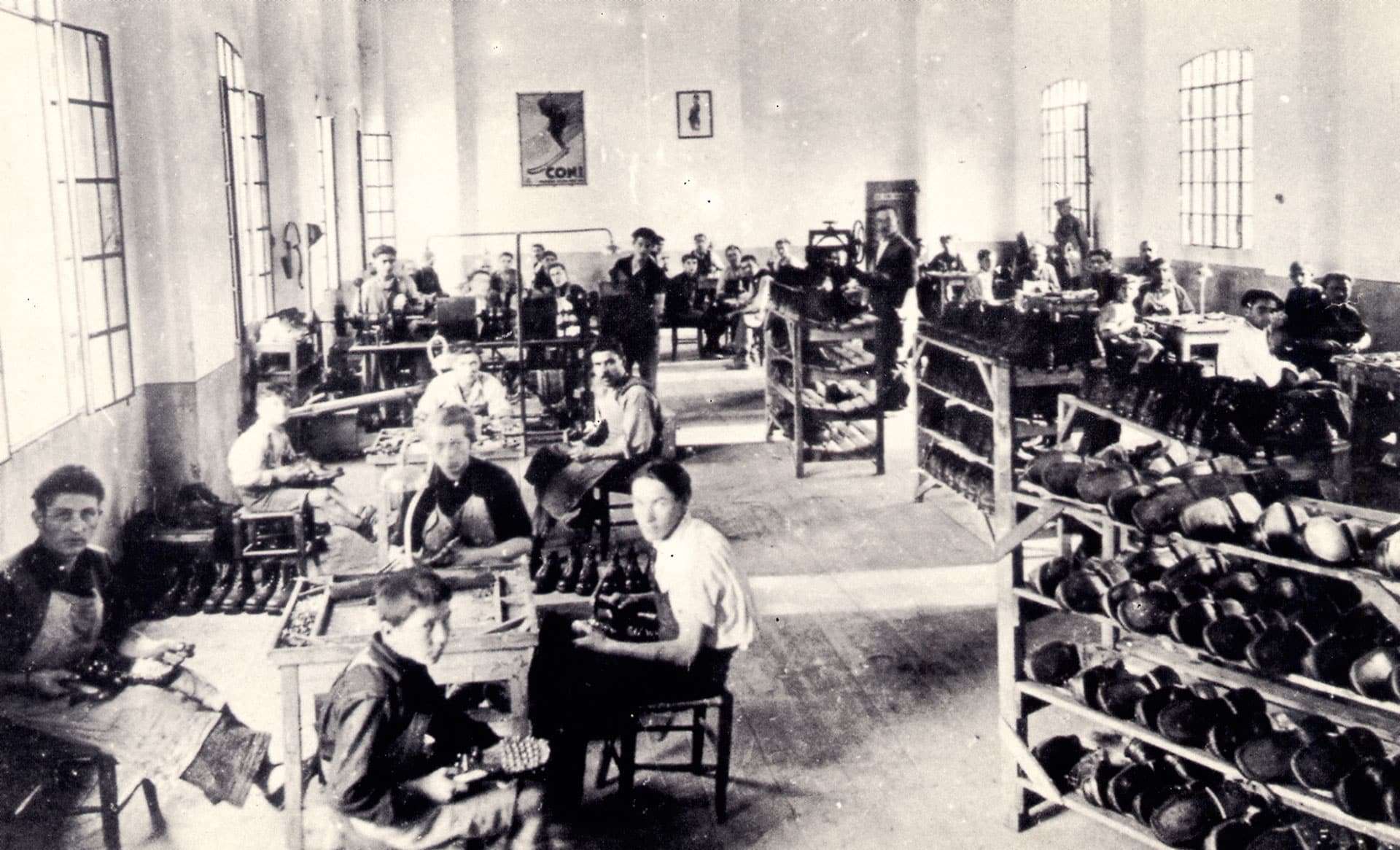 The Nordica boot factory then (above) and now (below). 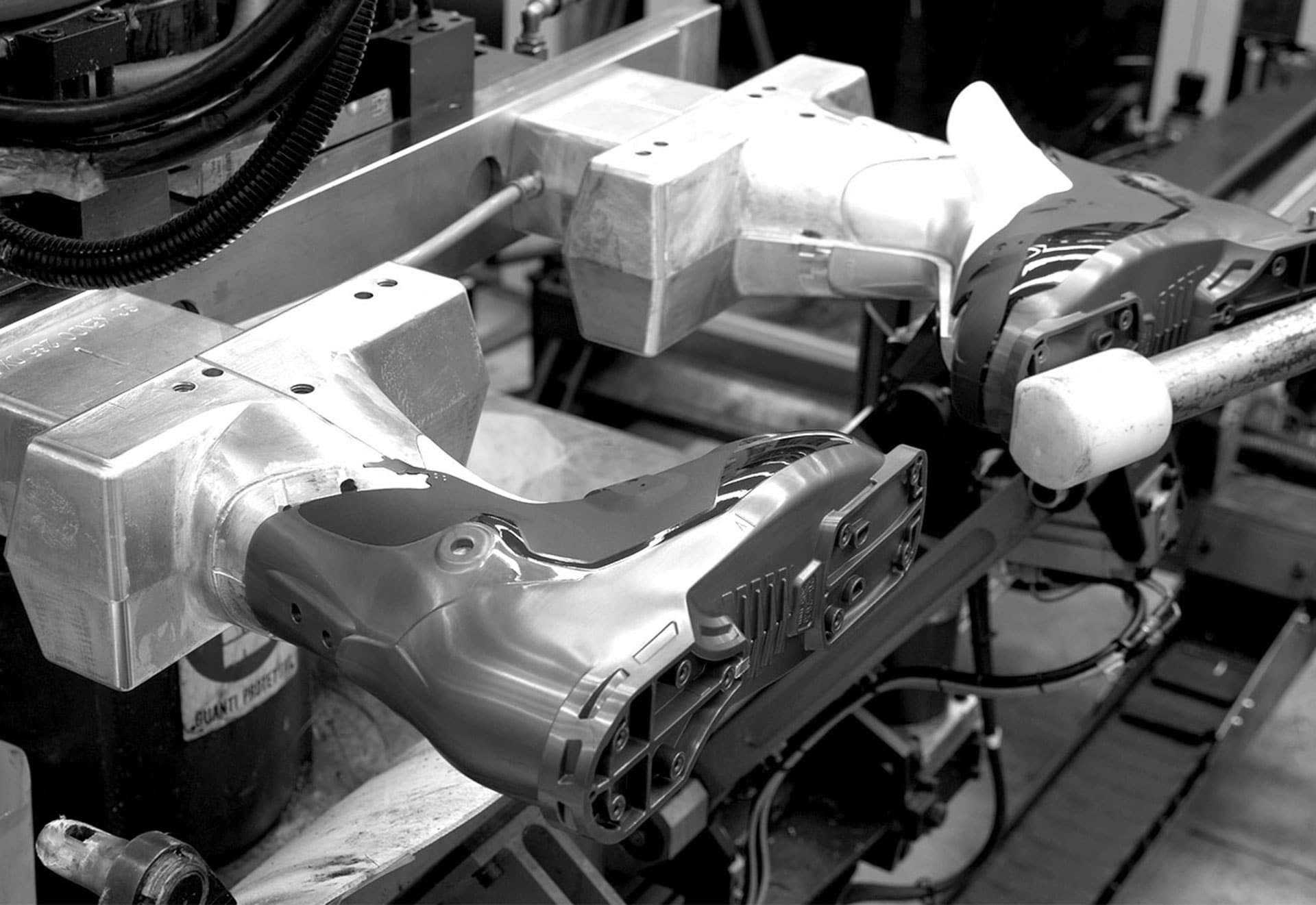 “At the time there was nothing that even came close in comparison to the Dobermann boot,” explains Korpi. “Now, if you look at all World Cup-level race boots, they’re pretty similar in terms of their function. We were definitely ahead of the curve in coming to market with that.” In 2016, Nordica took the construction principles of the Dobermann and merged it with a slew of new technologies that made the fit more accessible to a wider range of consumers. The 100-mm lasted boot bridges the lightweight, comfortable characteristics expected from a modern recreational ski boot with the racecar-like, World Cup-level performance of Nordica’s Dobermann. In the two years since, Nordica has released the Sportmachine with a 102 mm last, and the Promachine, a 98-mm lasted boot that represents the pinnacle of Nordica’s design efforts. Together, the three boots encompass the spectrum of fit and performance goals of today’s advanced ski consumers. But, for as much success as the Machine family has had, it didn’t come without a few product stumbles along the way. While innovation has been a staple of Nordica’s storied history, the brand has found that trailblazing within its own proven design tactics and listening to the demands of its loyal customers are paramount to keeping the company at its most successful. Eight years ago, in 2010, Nordica’s original Speedmachine model was consistently selling out of the hundreds of shops carrying it. “It was an industry juggernaut,” explains Korpi. “Dealers bought twenty of them and sold twenty of them every year.” The demand was sky high, but Nordica took it off the market. “We went and said, ‘This thing is vanilla, we’ve had it too long and we’re going to innovate.’ Sometimes innova-tion can have a negative effect,” Korpi describes.

The brand focused on a new three piece, three buckle boot construction called the Firearrow. Coupled with the new boot, Nordica developed a replacement for the traditional flex index, called the Dynamic Perfor-mance Code, which measured three different levels of performance: traditional stiffness, progression of forward flex and rebound. “It was really to try and tell more of a story around the flex of a boot,” Korpi explains. “Really what it ended up doing was confuse our consumers, shop employees and even our reps… we’ve abandoned it.” Nordica realized it needed to stick to its strength: innovating on the comfort side to cater to skiers across a wide spectrum of interests and ability levels, while ensuring it’s building high performance, four-buckle overlap boots that can satisfy the demands of expert skiers. It needed to remind itself of its commitment to a common trust between the brand and its loyal consumers, and that started with listening to what they wanted. “We are consistent in our product messaging and product development, in that we don’t switch our direction left and right, which confuses everyone,” explains Grilc. “This consistency in the process is very important, which brings about trust in the brand in the long run.” The three-boot Machine family is a direct result of that re-commitment to Nordica’s consumer base, and offering boots that built up that loyalty and trust over almost 80 years. With that experience, Nordica’s designers have developed new boot constructions that cater to the expert recreational skier; products strong enough to suit their abilities, but lightweight and comfortable enough to allow them to ski all day, every day.

For Thomas Phillips, a seasoned hardgoods buyer with Summit Sports in Michigan, the reintroduction of the series was more than welcomed. “Those of us that got to experience the first iteration of the Speedmachine and Sportmachine boots were incredibly excited to see the name brought back to the industry. However, you can put all the marketing you want behind a name, but the product really needs to stand on its own,” he ex-plains. “When we were introduced to the new Speed-machine in 2017 it did just that, winning over seasoned veterans and new boot fitters, alike.”  Phillips cites the incredible out-of-the-box fit as the backbone of the Machine, which then pairs with the performance aspects Nordica is also known for. “In what seemed inevitable, Nordica launched the Promachine for the 2019 season, which seems poised to have a stellar season. With many skiers still looking for that premium performance fit with a shell, liner and features that are easy to modify for the most custom fit, the Promachine steps in perfectly.” The foundation of the Machine series is Nordica’s Tri Force Matrix Frame Construction. The design fea-tures three different stiffnesses of polyurethane: soft over the instep for easy in and out, slightly more rigid in the front of the cuff and upper boot and even stiffer ma-terial in the spine and bottom of the boot. This gives the skier the most support from the stiffer polyurethane in the spots needed for high performance, while the softer material can be molded via Nordica’s infrared molding system. The Tri-Fit Customization process, as it’s called, uses infrared heat on areas that need to be molded, generally the softer polyurethane areas, thus refraining from using it on other parts of the shell that could result in deformities to the boot. Nordica also builds its liners with cork material in the ankle area, which allows it to conform to the shape over your lower leg without the necessity of heat molding. By modernizing the Speedmachine with the innovative mentality it’s known for, Nordica believes it’s hit a home run. “We added these spikes of performance of the Dobermann into the modern construction of the Machine family and that’s why Promachine is really a benchmark,” explains Grilc. “We satisfied the existing customers but, on the other side, responded to the new market demand, and we really did a good job. It’s proven to be working, because the Speedmachine in many markets is the number one sell-through boot.” Korpi adds that, “it’s a very honest product; it fits well, skis great and encompasses who we are as a brand. It’s not off cue at all.” Relying on its heritage as one of the world’s premier bootmakers has built up a trusting, loyal consumer base over 79 years, and will only serve to carry Nordica to new heights beyond 2019. They will succeed in the future by both looking to the past and relying on current feedback from modern wearers of Nordica boots. “We are talking about 80 years of history,” Grilc tells me before letting me go and continuing his commute home. “If you just walk through our warehouse of production you see that this is history, this is millions of pairs of ski boots of customers choosing our products. Year by year, Nordica has invented ski boots.” And for the hundreds of thousands of satisfied Nordica boot-wearers, those that bleed the brand and would trust no other, he’s correct because, after all, when you think of ski boots, you think of Nordica. 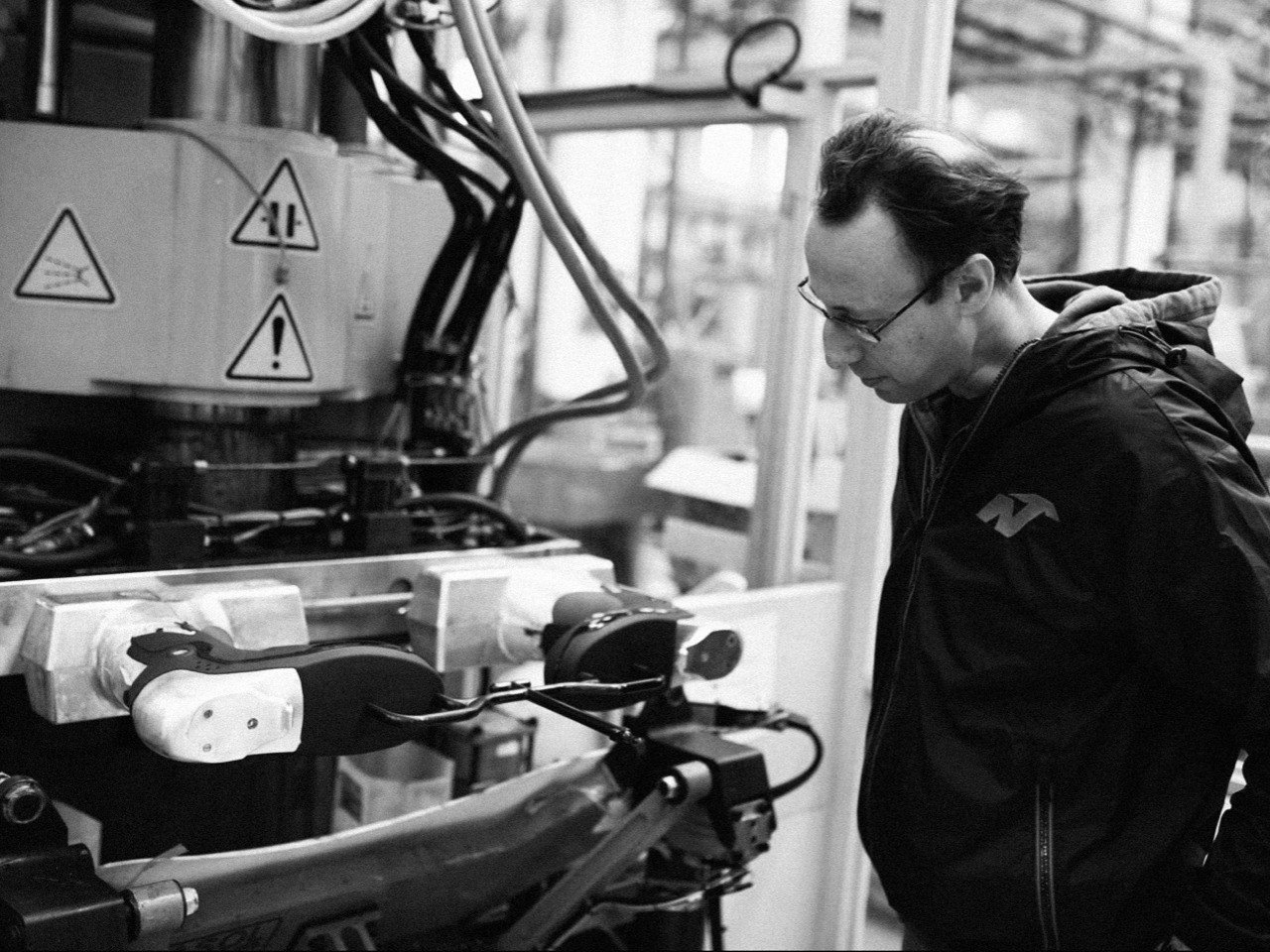 SKI BIBLE: INJECTION The second chapter of this saga is about one main topic of the productive process of a ski boot: the injection. Other th... Stories 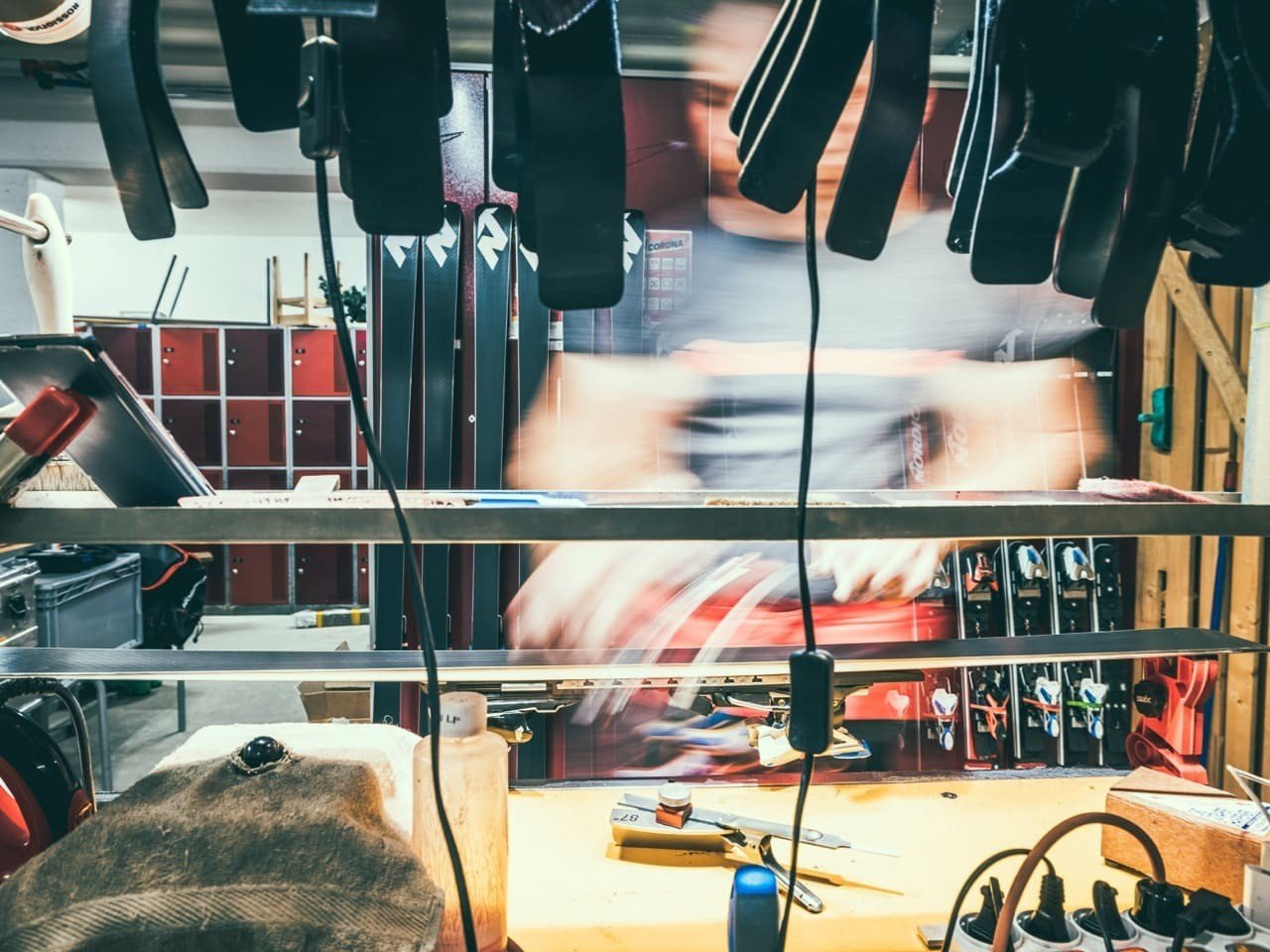 SKI BIBLE: TUNING Winter is just around the corner, we are all excited to get back to life on snow. Stories 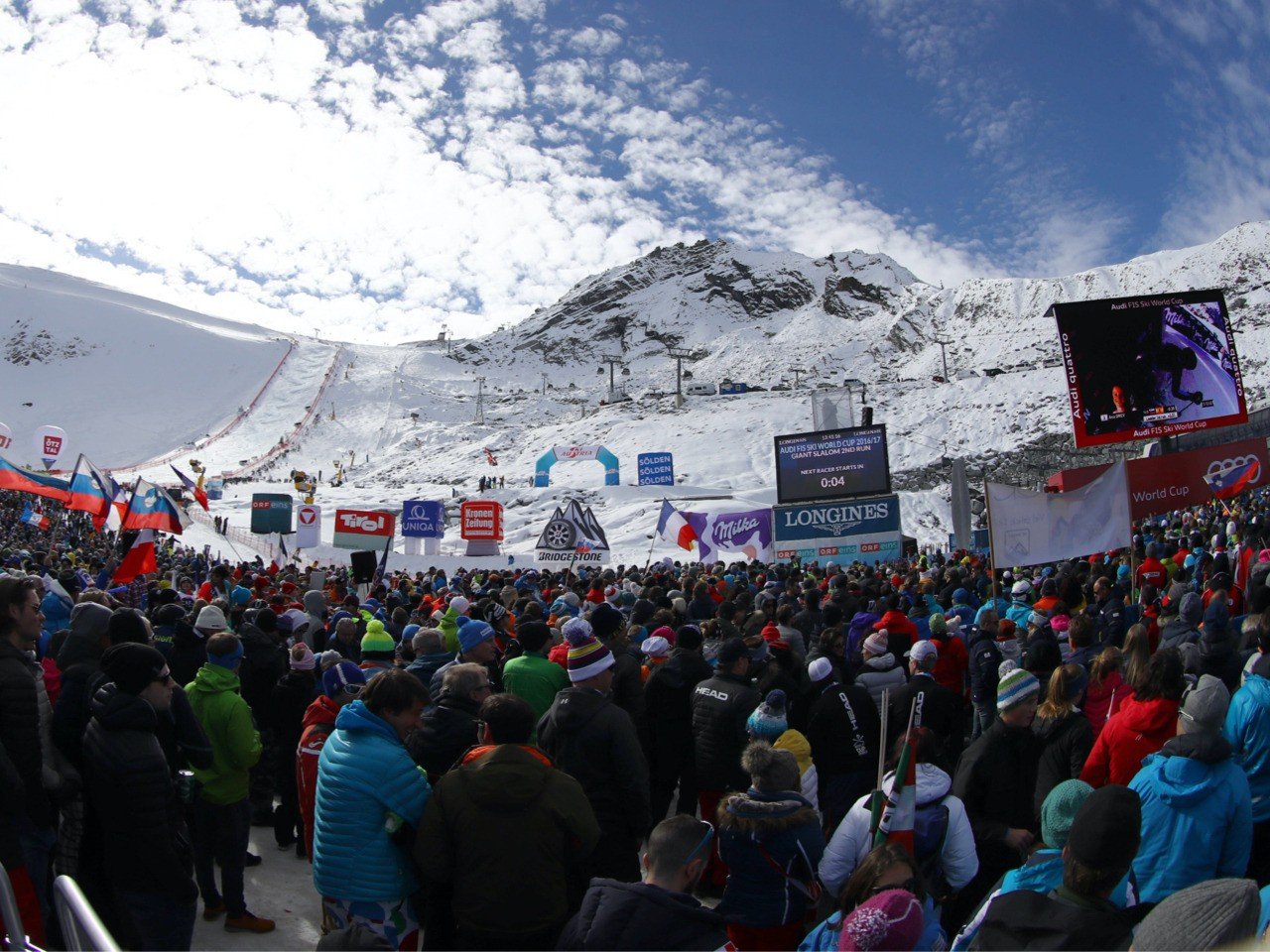 World Cup Diaries - Sölden It was already known back in 1991 that the valley of Ötz, would become would make history. Specifically, on Septemb... Stories
Sledite nam in postanite del družine Nordica!
NAROČITE SE NA E-NOVICE